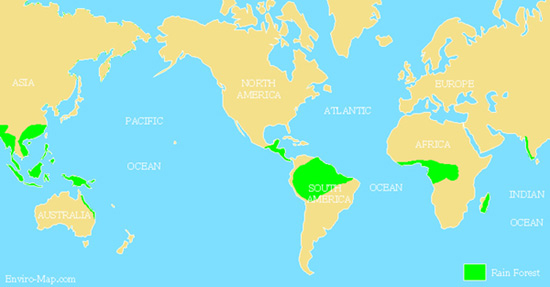 The world’s tropical rain forest is located in South and Central America, Africa, Asia and Australia. It is the home for about half of all animal and plant species in the world. Also over a quarter of all modern medicine come from plants found in this type of forest. It is often called “the world’s largest pharmacy”. Vast amounts of the worlds carbon dioxide is stored in these forests. Therefore deforestation would lead to the release of this carbon into the atmosphere accelerating global warming.