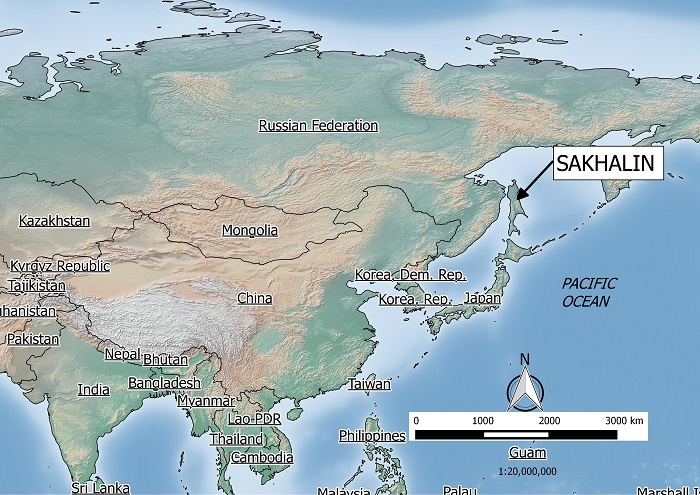 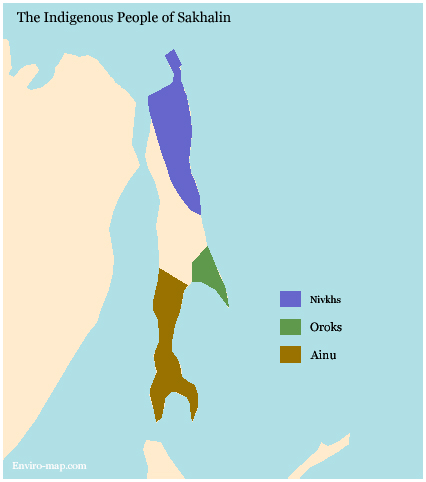 It is estimated that the area potentially contains 1.2 billion barrels of crude oil and 500 billion cubic meters of natural gas. Below is a map showing the location of offshore platforms and onshore processing facilities. The icy waters in winter make it difficult to transport the oil away from the rigs. Therefore the oil has to be pumped down a pipeline on the island to an oil export terminal on the warmer part of the island. 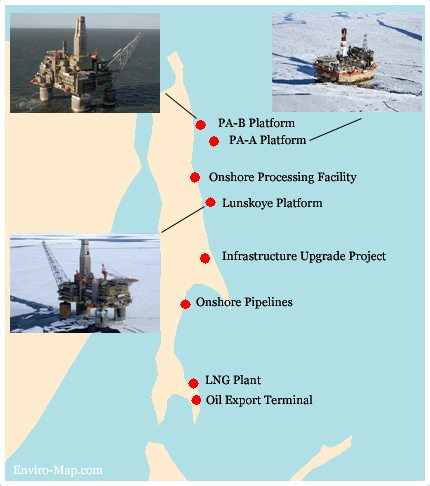 One of the main environmental concerns of the the project is its effect on the endangered Western Pacific Gray Whales. This mammal is said to have existed for 30 million years. Activity from the project is disputed to disturb the endangered species. Ironically the place north east of Sakhalin is an important feeding ground for the whales in summer and it is exactly where the oil and gas deposits are. The map below shows the whale’s habitat. 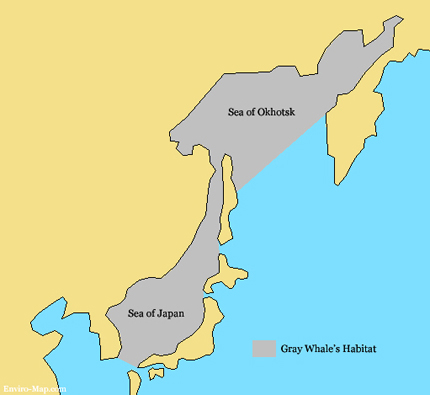 Onshore pipelines have been built on the island to pump the oil from north east deposits to the oil export terminal located on the southern tip of the island. These pipe lines cross many rivers and streams and there are fears that they could become contaminated by a spill or an accident. Sakhalin is located on many fault lines so there are fears of an earthquake rupturing these pipes.

One thought on “Sakhalin: the Edge of the Earth”